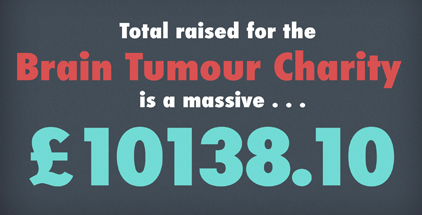 Students and staff came together to raise money through a range of activities including our 24 hour netball. Thank you to everyone involved.

At Southam College, we have chosen to adopt the Warwickshire Safeguarding Children definition:

“When a person’s or group of people’s behaviour, over a period of time, leaves someone feeling one or more of the following:

A range of websites on bullying, cyberbullying and phone numbers to call are collected here:

What if my child has been accused of bullying?

What is bullying and how to get help: https://youngminds.org.uk/find-help/feelings-and-symptoms/bullying/

When does Banter become bullying?

If you’re being bullied – tell someone, at school and/or at home. You can also get help here: https://www.anti-bullyingalliance.org.uk/tools-information/if-youre-being-bullied

Bullying on social media – how to report and block it (from TikTok, to Instagram, Periscope and WhatsApp) https://www.childline.org.uk/info-advice/bullying-abuse-safety/types-bullying/bullying-social-media/

Deenie is one of the prettiest girls in school. She even gets called up by modelling agencies. But suddenly, she finds out that she has a curved spine and that she’ll have to wear a huge metal back brace from her neck to her hips for the next four years. This book tells the story of her struggle to find the silver lining in her situation.

This book is told from the perspective of someone who bullies. Jill knows that she shouldn’t join in with the others as they bully Linda, but she’s too scared not to. Eventually, Jill speaks up about the bullying, but her actions are not without consequences…

Noughts and Crosses by Malorie Blackman

This is a brilliant book for encouraging children to think about difference, and what it would be like to live in a world where difference was not tolerated. Sephy and Callum have been friends since childhood. But now that they are growing up, they can no longer mix. White-skinned Callum is a Nought – a second class citizen in a society controlled by the black Crosses.

This book is a proper page-turner. Lis London moves to the country in an attempt to escape the people who bully her and her recurring nightmares, but she soon finds herself mixed up in events which may be linked to a brutal murder. This is an extremely tense novel that paints a realistic picture of the relentless malice of school bullying.

Jimmy is bullied by Dax. One day he can’t stand it any more, and he decides to run away. Only to find that Dax has followed him. The chase begins… Aimed at struggling readers aged 11 or older, this book uses simple sentence structures and vocabulary to relay an atmospheric tale of menace and tension. It presents an interesting exploration of the relationship between a person who bullies and their victim.

Lord of the Flies by William Golding

William Golding’s modern classic tells the story of a class of school boys stranded on an island. As the novel progresses we experience the slow progression of the boys towards savagery. Former choir-boy Jack begins to bully the other boys, using his superior strength to persecute Piggy and Simon. Eventually the boys become tribal and Ralph and Piggy begin to feel isolated as they are left out of Jack’s tribe.

When painter Elaine Risley returns to her hometown of Toronto, she is overwhelmed by memories of her past. In particular, her relationship with a girl named Cordelia. The novel depicts this complicated friendship, vividly describing the acts of cruelty and psychological torture that have haunted Elaine for years.

To Kill a Mockingbird by Harper Lee

The themes of courage, bullying and difference are deeply explored in this book. Not least in Atticus’s line, “I wanted you to see what real courage is, instead of getting the idea that courage is a man with a gun in his hand.” The book focuses on a lawyer’s struggle for justice as he defends a black man accused of raping a white girl in a town saturated in racism and violence. There are plenty of lessons to be learned from this moral tale and plenty of useful quotes, inlcuding Atticus’s pronouncement, “There’s just one kind of folks. Folks.”

I’m the King of the Castle by Susan Hill

10-year-old Charles Kingshaw and his mother have moved to live with Edmund Hooper and his father in an isolated country mansion. The problem is, Hooper doesn’t want Kingshaw there and he is determined to make his life hell in all sorts of ingenious ways.

Call the National Bullying Helpline on

Want to explore this topic more? Listen to a range of celebrities telling their school stories and read their advice on https://back2school.antibullyingpro.com/  (by the Diana Award)